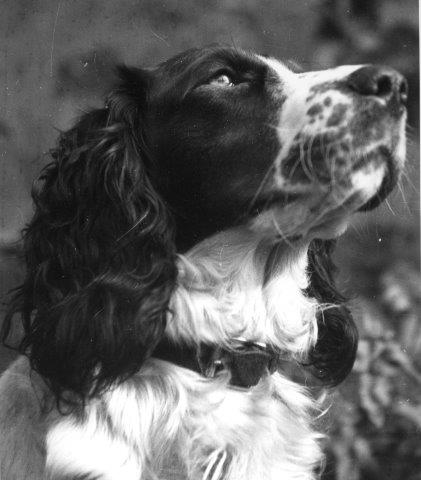 On 4th June, 2013, a notice appeared on Christchurch's Sydenham Rugby website:  The “Limited” spelled Limted, is the rugby club’s mistake, not mine (pdf) :

Research is currently being conducted globally for a new influenza vaccine.

You may be eligible to take part in this study if you are:
*Aged between 4 and 17 years in good health and have not had a flu injection this year
*In good overall health

Each Sydenham referral will get paid $75 per visit $25 donated directly to the club.

The first thing you need to know, is…. Southern Clinical Trials have sponsored the rugby club since 2011. Southern Trials Sponsors the team... then uses that relationship to buy recruits? ... sounds like dodgy ethics to me.

Southern Clinical Trials website has nothing about this trial on it.

On neither Clinical trial record were the NAMES of the vaccines given. The Northern A Ethics Committee documents list Dr Simon Carson as Principal Investigator for both trials.

With two trials to it's credit, it’s interesting that the Southern Clinical Trials website is so bereft of information about either trial.

The Northern A Health and Disability Ethics Committee March 2013 minutes discusses the rugby club trial, and finds that amongst the unresolved issues, is a request to justify exclusion of pregnancy “given that pregnant and nursing women would undoubtedly be given the vaccine.”:

- The Committee noted the requirement for birth control for female participants, and that participants would be less than 18 years of age. There appeared to be an inconsistency between requiring parental consent for participation in the study, but not for access to contraception, which would depend on the competence of the minor under 16. Further, given that pregnant and nursing women would undoubtedly be given the vaccine, excluding them from this study would arguably be unethical.

- The Committee noted that the study was commercially sponsored by Novartis.

- The Committee noted a need to re-do the information sheets and consent forms, making them age-appropriate, introducing “assent” forms for children unable to consent (and consent forms for children who are able to consent). The PISCFs provided in the application were felt to be too long and too complicated to be easily understood by children or their parents. Compensation information was not consistent between PISCFs.

- The Committee noted that no formal DSMB would be in place for this study, and that Māori consultation had not been undertaken.

- The Committee noted a potential conflict of interest, given that participants would be recruited from the investigator’s own patients.

There has been a previous trial of this vaccine in ADULTS in New Zealand, but this is the first trial on children.

So while this trial now has approval, the ethics committee challenged the ethics of excluding one target group (pregnant women) from the study, and asked for justification...

Why? Because they didn’t know what was right there on internet had they looked - and NOVARTIS didn’t tell them.

Neither the Ethical Committee minutes, nor Clinical Trials.gov, listed the names of the vaccines given.

Even more than questioning the exclusion of pregnant and breastfeeding women, it’s interesting that the Ethics Committee didn’t question the need for a very strongly worded admonishment that males were NOT to become fathers. Have a look at this:

So the logical questions to ask, are these.

WHAT is it about the trial vaccine, that leads to the nagging air of paranoia about both EXCLUDING pregnant women, telling women NOT to get pregnant and males NOT to father a child?

Patient information for the trial said:

How droll. All vaccines are produced in laboratories. Does that sentence tell you anything…..?

No. The language is, soft, tame and …. tells you NOTHING. But that meaningless sentence is the screamer of a clue to what is worrying Novartis.

A Google search found that Flucelvax is made – as the patient information says…. not on chick embryo, but on cocker spaniel kidney cells called “MDCK”, or Madin-Darby Canine Kidney. “What’s the big deal?” A Google search on MDCK finds an FDA PowerPoint, which tells us that when.... MDCK was first made in 1958, it was fine. THENNNN…. It became tumorigenic. Yes, you heard that right.  Look at the PowerPoint yourself, from page 5 onwards.

Note these two comments on slide 7:

Don’t shirk. Read through to the End.

Finding information on Flucelvax manufacture, was like finding hen’s teeth.  Novartis has a document on their cell culture as well as a document on this vaccine.  But the most informative document was a scientific documentation paper dated 2007, on the European Medical Agency website ( pdf ) which includes these relevant comments:

1). The studies which have NOT been done:

2) Why? Because it seems that the manufacturers say they have managed to remove “intact cells”:

Therefore there is no “need” to do further tests to see if cell lysates and purified DNA in this vaccine might cause cancer inhuman babies …, by their logic….

Which only leaves the following data on how much of these cell lysates and DNA – or “host cell impurities” left behind after the intact cells are removed... is present in the vaccine:

So, the tumorigenic “intact cells: are gone, but each vaccine has “less than” 20 ug/mL host cell impurities, and up to 40 ug host cell protein. Hmmmm ... and EMA says these cell lysates and DNA are just fine. So why are the intact cells tumorigenic, but host cell DNA and protein is not?

Another little red warning “flag” in the brain is this statement:

Severe system reactogenicity was reported in people who had this vaccine on the second or third occasions???

Plainly, there is something “different” about this vaccine from ordinary flu vaccines.  Question:  Might the 20 ng/mL host cell impurities, and up to 40 ug host cell protein in the vaccine, result in some sort of "sensitisation" the first time it’s injected, and then higher reactions the second time? What about the third time?

What else might these “safe” host cell impurities do? Who knows?

A pubmed search produced a 2011 study which may suggest why Novartis doesn’t want any pregnancies in this trial - or perhaps, any trials of MDCK-derived vaccines. Brain tumours developed in baby mice when pregnant mothers were intravenously injected with MDCK cells…presumably intact cells:

MDCK cells intravenously inoculated into chicken embryos formed tumors in the embryonic brain and nodules on the chorioallantoic membrane. However, these cells did not form progressively growing tumors in adult BALB/c nude mice, although viable MDCK cells persisted for as long as 2 months at the injection site. In contrast, newborn BALB/c nude mice inoculated with MDCK cells developed nodules that expanded until the pups attained an adult body mass, at which point nodule expansion ceased; whether the nodules in these maturing mice resolved was not reported. Histology revealed that nodules that had developed from MDCK cells in newborn nude mice were adenocarcinomas.

And from the text…

So EMA is happy and not at all concerned about cell culture impurities in the vaccine perhaps causing reproductive toxicities in recipients, because the tumorigenic “intact cells” are removed. But even though… FLUCELVAX has been pronounced safe by EMA and CDC, it would be logical to assume that the reasons for excluding pregnant women and telling males not to father children, relate to these three issues: genotoxicity (sperm) and reproductive toxicity – or potential carcinogenesis.

Never in a patient information sheet have I ever seen information sternly demanding caution regarding pregnancy, or males/sperm/genes, etc ... that is extraordinary ... And how long are the sperm affected? If this vaccine is safe, WHY is Novartis still so nervous?

Pregnant women and breastfeeding mothers should be in the trial, because once it's licenced, doctors will push those women to the front of the queue.

Also, remember that flu vaccines are ALWAYS recommended for people with serious health conditions. EMA summarises some previous trials done with this vaccine in which THESE people were excluded:

I see no exclusion list has been given to Sydenham Rugby club, so that their supporters can see it. However, the patient information infers there are other exclusion criteria, but does not list what they are.

What would happen if the general public knew that all the people above, including pregnant women, were excluded from these trials - and were excluded from MOST vaccine trials? Might the public connect the exclusions to the fact that ALL the people not allowed in trials, who are listed above are usually told to be right at the front of the vaccine queue, because they need the vaccine the MOST?  Might they ask, "How then can these vaccines be guaranteed safe in the excluded groups?"

More importantly, shouldn’t the Ethics Committee have been presented with the much larger exclusion list above as well, which will probably apply to this trial as well the Phase 1 and 2 trials?

Shouldn’t all potential recruits also know all the information above?  If not, why not?

Oh yeah, and if something goes wrong in this trial, forget ACC:

Are the advertised financial benefits on the rugby club’s website (the ‘bait’) worth any possible risks, during the trials, and possibly long after the trials have finished? The problem is that any participants have no way of knowing, because Novartis is doing their utmost, NOT to inform participants of the nature of the vaccine, or trial the vaccine in the very groups in which there could be potential problems.