It's all about money.

Currently, there is considerable discussion relating to whether or not rodent viruses might be involved in CFS.  You will find three full text medical papers here. Obviously, we’ve always lived with mice, and Florence Nightingale had CFS, according to historical records. However, never .... since the invention of the syringe, and scientists brewing up drugs on animal cultures ... have so many people, being treated in so many different areas of medicine, had so many different animal endogenous viruses injected into them, one way or another, whether monoclonal antibodies, or whatever. And we all know, from medical literature that apart from vaccines, the majority of these patients in the past, were seriously immunosuppressed. We also know, that these immunosuppressed people excrete huge quantities of viruses into the environment, multiplying the opportunity of sharing with everyone else, their pathogenic loads.

These two documents, Miyazawa 2010 (about retroviral contamination in vaccines), and abstracts from a 1988 USA conference, (which talks about murine and other retroviral contamination in a wide array of biological products used like water, in pharmaceutical medicine) will show you what they were thinking back then, and now. (Apologies for the scribble, but I scribbled on these in 1988, not thinking I’d be scanning them in 2011.)

They are food for thought.

Here is another piece of food for thought. When you as a parent, want to know if a vaccine is “safe”, you are thinking in terms of “This vaccine better not cause trouble in my kid!", right?... aka... is this vaccine safe? Your understanding of that question, is not the way the system thinks about safety.  The definition which the “system” puts of “safe” when it comes to vaccines is radically different. Have a read.

So, the bottom line is that the definition of “safe” differs depending on how “sick” or “healthy” you are. So if you have a condition which would predispose you to problems from any compound, it’s not the compound’s fault. It’s yours. Get used to taking the blame, because vaccine manufacturers, who also make drugs, know that most of their drugs don’t work on most people. They’ve admitted that for a long time, but you won’t see that, because the core files at the independant were nuked a long time ago. Even on way back machine, you will only first the first paragraph.

And why is this true? Because as New Zealand Dr, Patrick Gladding admits, certain drugs, only “work” on certain “types”. Here are four articles bundled into the “Gladding files” which will explain what he means. And as he so blandly says, pharmaceuticals aren’t interested in this concept, because what they want to do, is to give their drugs to every sinlge person in the world.  They don't want the public to know that these drugs don't work for most people, becuase that will vastly reduce their income.  And they sure don'ty want to fgure out who they work in, and who they don’t. What they don't know, they can't admit to.

And no-one has asked the blindingly obvious question with regard to vaccines, as to which babies and people just might be those who keel over after vaccines.  After Hannah Poling, there were murmurs that people with mitochondrial disorders might be "susceptible" to problems after vaccines, but like all the hot air about "susceptibility" the mantra falls back to "those who are suceptible to vaccines will be MORE susceptible to disease, so they need vaccines EVEN MORE than healthy people who aren't so susceptible to disease."

As you can see, each new fact, raises a whole truckload of questions which they hope the average parent doesn't see.

Like, “Are there specific genetic phenotypes who when they are given vaccines, keel over?”

The answer to that is blindingly obvious to me.

In 1987, when kids were keeling over after the Menomune A vaccine, and parents were ringing me all hours of the day and night, I always asked the question, “Have YOU ever reacted to any vaccines yourself?” I could be very rich today, if I won $1,000 for every parent who told me, “Oh well, I had a really bad bout of da-de-da after the polio vaccines when I was a kid, but the doctors told my parents it was nothing to do with the vaccine.”

The medical profession have had over a century to perfect multiple versions of exucses in their explanation handbook, under the heading of "Tell them it's coincidental".

Life is not simple.

Unless you’re a vaccine manufacturer who knows that vaccines are the only sure "cashcow" in an environment, where most other drugs are coming out from under patent protection.  It's all about money.

Oh, the medical profession crows about how vaccines companies take pride in proving safety to the FDA, and how it's all about "altruism", not money, but only a fool believes that.  The truth is there to see, right from the horses mouth - clear and blatant.  It's all about money, and why not "avoid scrutiny from the FDA"?  That is their aim, but they've never quite put it so blatently. Just follow the mark-ups in this document, and you'll see what I mean.

And life must also remain "simple" for a vaccine defender whose contracts read, “Never tell parents the truth about what we know in medicine!”  Parents must believe that there is NOTHING TO TELL, because only if it's all sunshine and bland happiness, will parents be utterly unconcerned when a needle is stuck in their child. 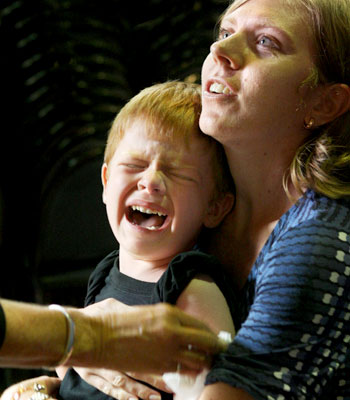 The truth is, that if the MOH, IMAC and the medical profession, told parents that WHAT scientists DON'T know in terms of basic, fundamental science is a humungous black hole, and .... has far more impact on people today, than the medical profession is prepared to admit, .... parents would be shocked.