Is the whole of New Zealand gormless? No, but Dr Darren Hunt's face peers out from a box on page three of the Sunday Star Times today, telling us that the problem with swine flu is that no-one in the community has any immunity to it, therefore it will infect far more people than normal flu, and we can't have 20 - 50% of people sick with swine flu, as well as ordinary flu, can we? "That's why we have to slow it down."  Hang on a minute??!!!

Aren't we told that EVERY year,  influenza viruses mutate so rapidly that no-one in the community has any immunity to it so every year the 'fragile' 30% of New Zealand .... the uber sick, elderly, (....and from this year on, medical workers....) are exhorted to have the flu jab?

Why, when the flu jab "doesn't work" is that always blamed on some mutant virus sneaking in (called a mismatch), which the vaccine crystal ball gazers somehow missed?

Why is Darren Hunt now inferring that the 70% who don't get the ordinary flu vaccine will have community immunity to the new mutant strains, while telling the elderly, sick, or medical workers, that they don't?

How is H1N1 any different from the common garden flu virus, which also mutates every year... apart from the fact that the swine flu is milder?


Did you know that, BECAUSE there is no community immunity to the Swine Flu, everyone will require TWO shots, not one, like the regular mutated flu shot?

On that logic, shouldn't their be two shots of the vaccine for the annual, ordinary, mutated, supposedly more serious, flu we haven't yet got immunity to either?

And here's another thing bugging me.  (haha)  Who says "Swine Flu" will be in addition to the ordinary flu viruses, and people will get both?  Which wizard, in what tower, looked in what crystal ball to get that prediction?

Might it be that swine flu just happened to jump the gun (or should that be the lab?) this time, and is the new, "unexpected" variant?

None of this is being discussed in the media.  It seems to me that this might well be THE FUTURE PLAN:

2)    Use up Tamiflu before that expiry date in a few months. Mustn't be accused of wasting money.  Then we can spend a few more million stocking up again,... if we've not made the flu "resistant" in the meantime... (but that's okay, because Rumsfeld will come up with a fancier more expensive magic bullet...)

3)    Let everyone think that H1N1 will infect FAR MORE people than the ordinary flu, "coz it's new and so no-one will have immunity."

4)    Somehow keep selling the ordinary flu vaccines, even though you've just told everyone there is community immunity to that flu.

6)    Work out some plausible excuse so that people will see the need for both flu vaccines, after all, we must support the vaccine manufacturers in their time of financial need.

7)    Keep out as much swine flu as possible, so that there is a still a chance for that virus to mutate and become a killer virus as predicted by the wizards, crystal ball gazing in ivory towers....

8)    Be stupid and use tamiflu on everyone with swine flu, so that the virus becomes both deadly and Tamiflu resistant as well. Then people will scream out for a vaccine, because we've nuked the supposed treatment option.  (P.S. Never tell anyone that side effects of Tamiflu look like the flu you're trying to stop.  Just tell them that Tamiflu stops it being worse than it would be otherwise...)

9)    All this will set up the country nicely for the NEW expensive two prick PANDEMIC H1N1 VACCINE, (after all, you haven't any immunity to this one).  Give it to everyone, whether or not they've had the swine flu, because testing everyone is far too expensive, and a logistical nightmare.

10)  Follow that by saying that the reason the killer wave never arrived, was because of the new two-shot pandemic vaccine.    It's only in a story picture that you can see "the emperor has no clothes".

11)  Shhh..... make sure that no-one asks the question why the annual flu little prick, to new strains which we have no immunity to either, only needs one little prick.

Remember, (for the sake of the manufacturers' profits) that it's vital the gullible are conditioned to believe that every year from now, they will die ......   unless their   .... 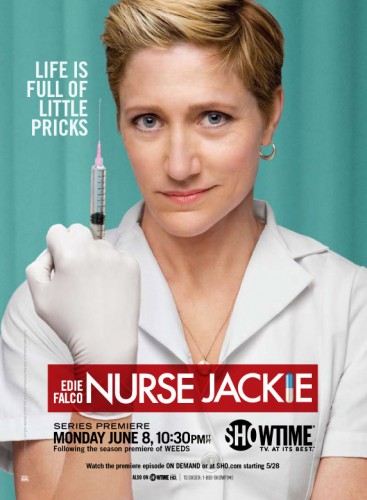